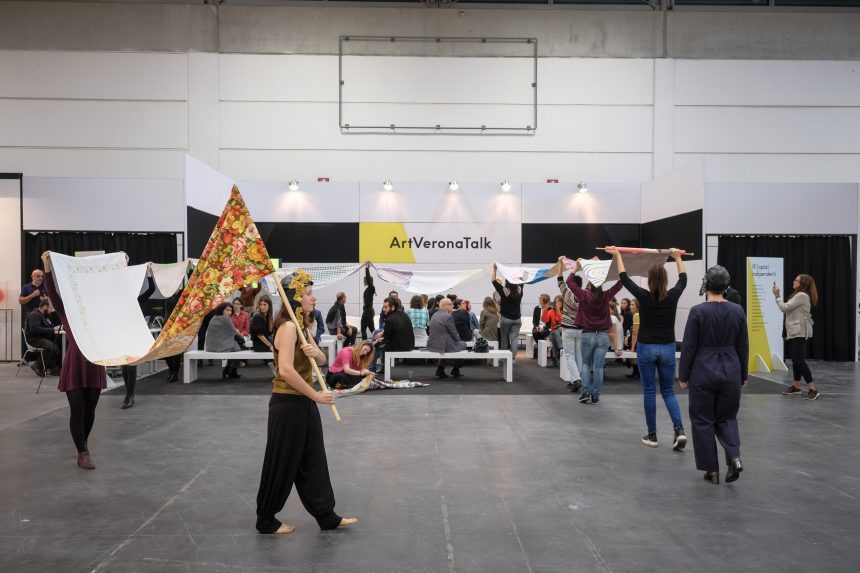 YOU AS ME _ Flag goes to ArtVerona

The Impasse association, with the project YOU AS ME / In someone else’s shoes, has been invited to participate in the i9 – independent spaces section of ArtVerona, curated by Cristiano Seganfreddo, in partnership with ARTRIBUNE and MAXXI – Museo nazionale delle arti del XXI secolo for THE INDEPENDENT, from 12th to 15th October 2018.

A long flag, which becomes a catwalk, is the instrument with which Irene Pittatore and Nicoletta Daldanise welcomed the public at the opening of ArtVerona: an exercise of proximity and listening, the result of a shared reflection on the founding references of a democratic community, capable of expressing and welcoming complexity, in accordance with the theme of the fair, Utopia, and with the question What’s art for?, the axis of the talk, led by Catterina Seia, which framed the action.

The new workshop/performance YOU AS ME _ Flag  is inspired by YOU AS ME / In someone else’s shoes.
The clothes, from which the reflection originates, manifest and codify social roles, belonging, identity. They are receptors of aspirations, bargains, desires and repressions.
On the occasion of ArtVerona, the working group, led by Irene Pittatore, attempted to focus on the utopian charge of this narrative fabric and to explore its potential, in a new direction. The work focused on another universal fabric of identification and signalization, the flag, for its evocative power and the controversial implications it can raise in the field of identity, for the claims it is the object of, to reflect on the need for belonging that it often gathers.
The flag created during the workshop between Turin and Verona is made up of heterogeneous elements that aim to express through painting and fabric (with its history, its function, its origin) an idea of inclusion rather than supremacy.

A workshop and a collective performance by
Irene Pittatore

In collaboration with
Elana Ciresola and Valentina Porcellana

Cultural partners
Biennium Atelier Direction. Cultural mediation of art of the Academy of Fine Arts of Verona
Department of Philosophy and Educational Sciences of the University of Turin 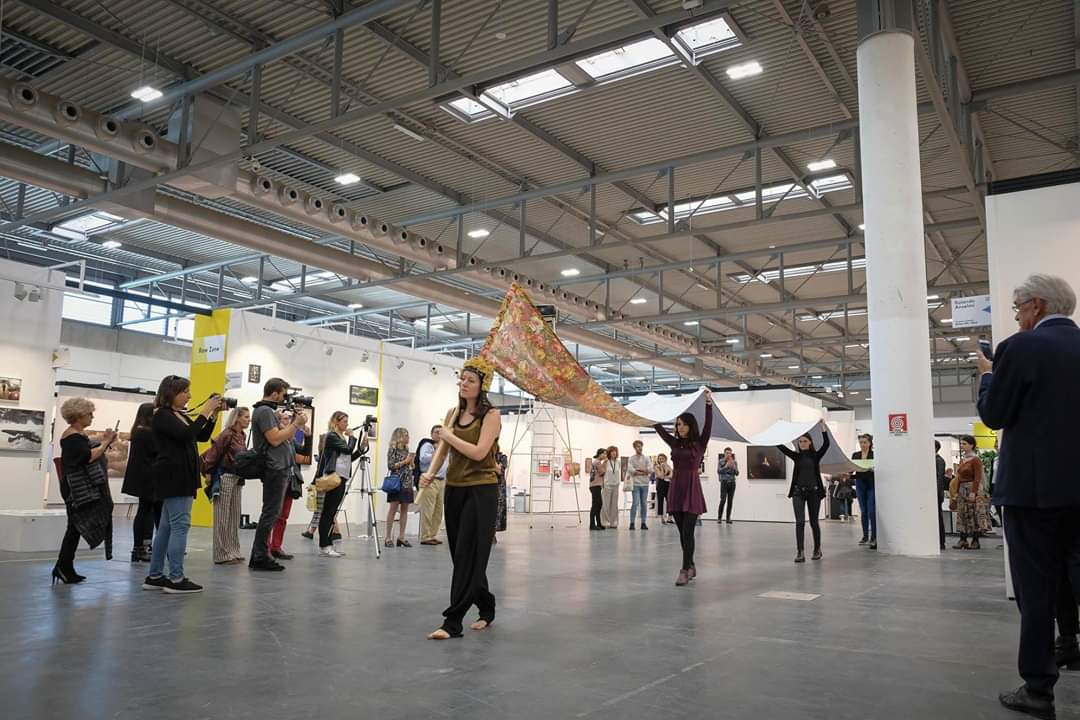 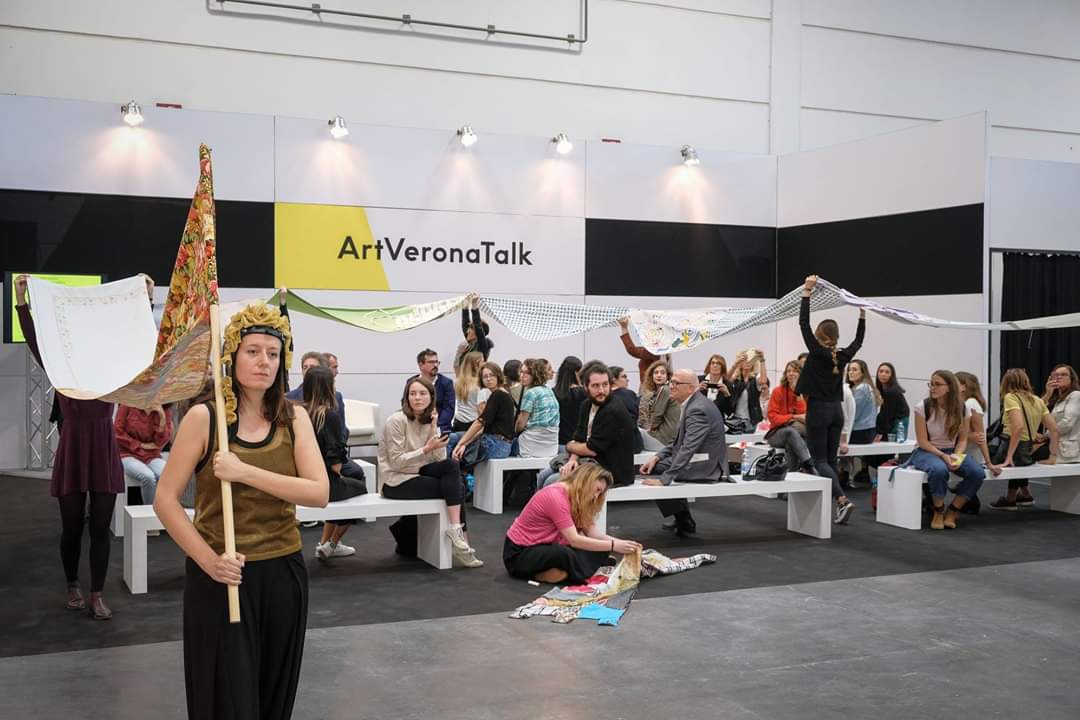 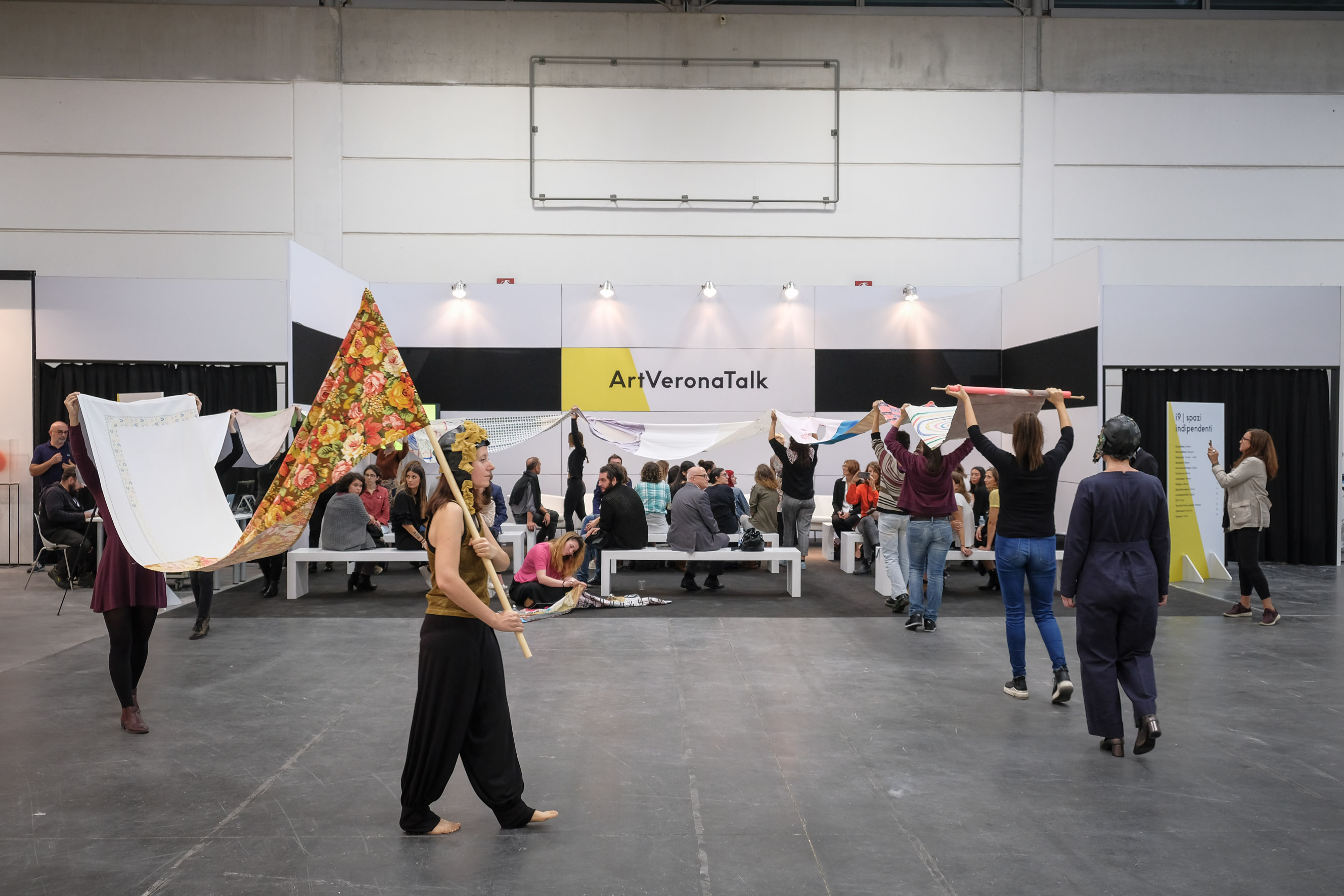 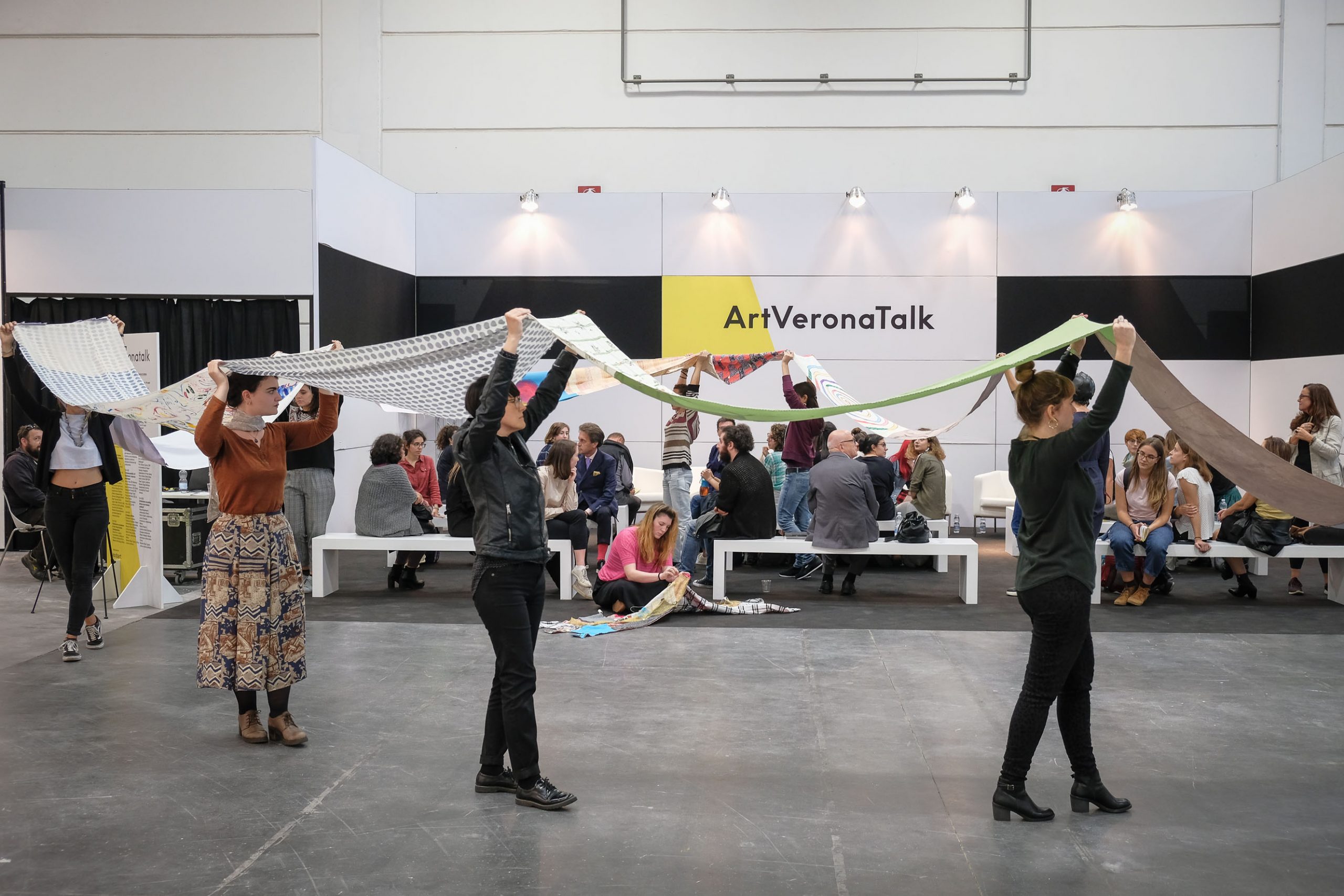 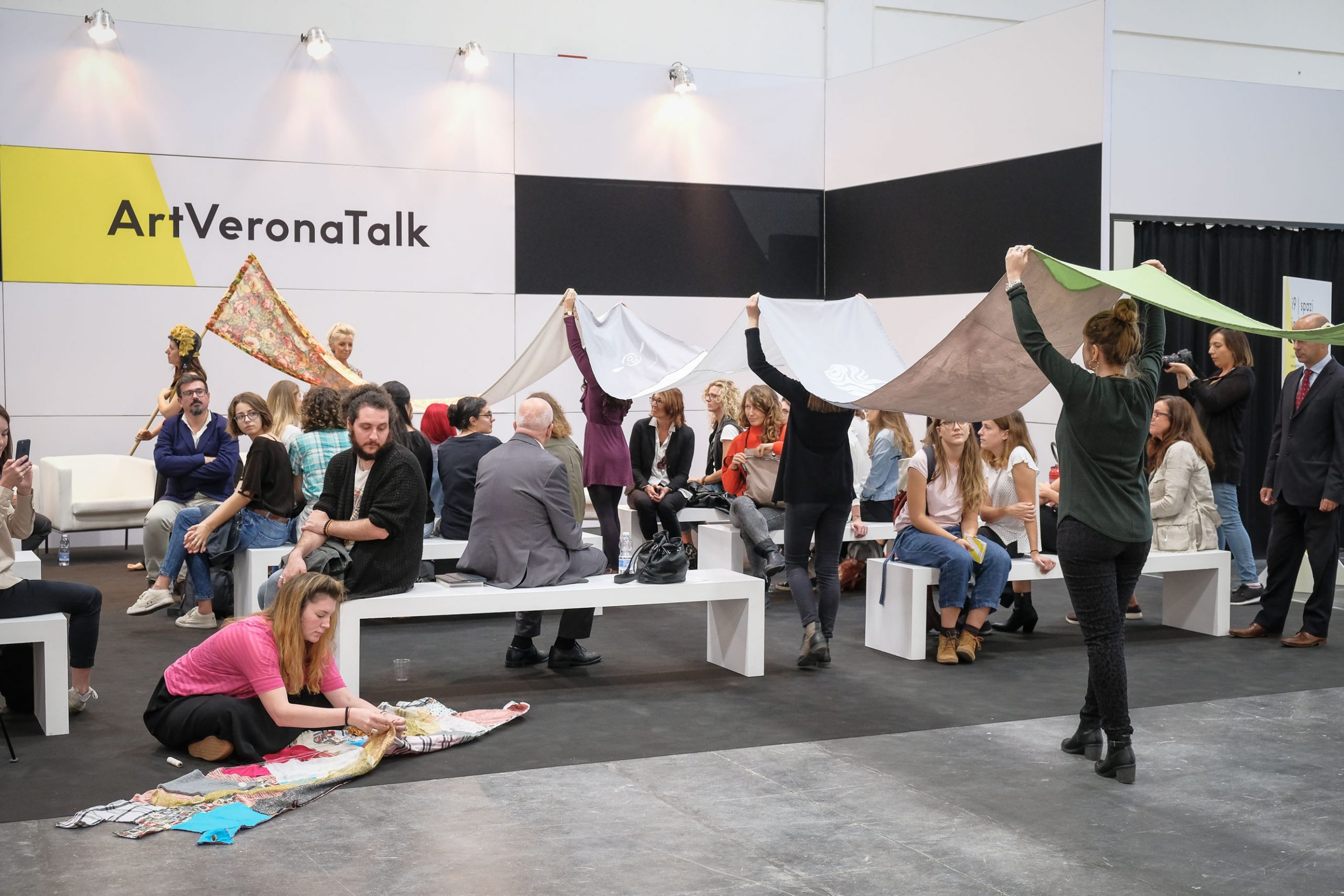 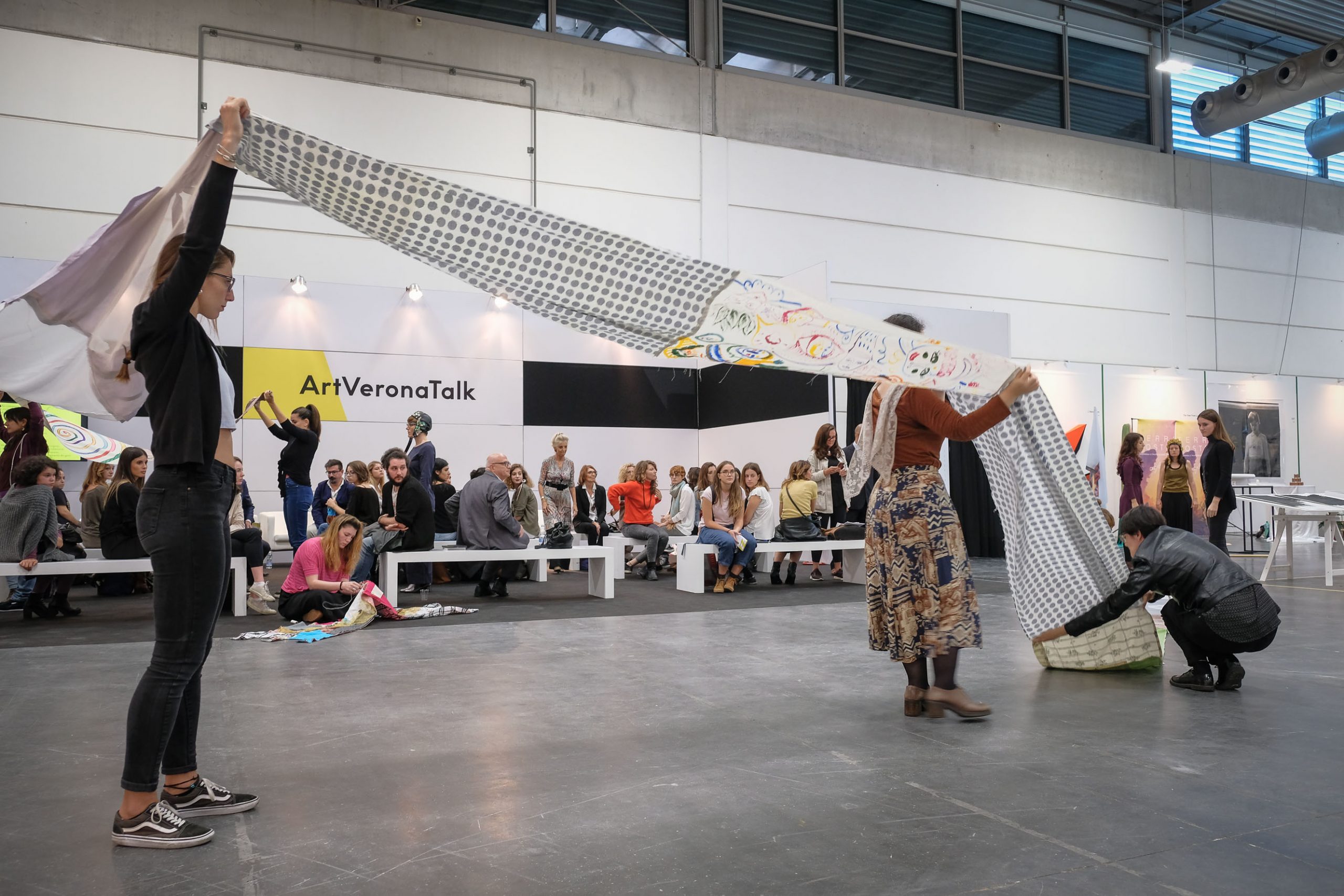 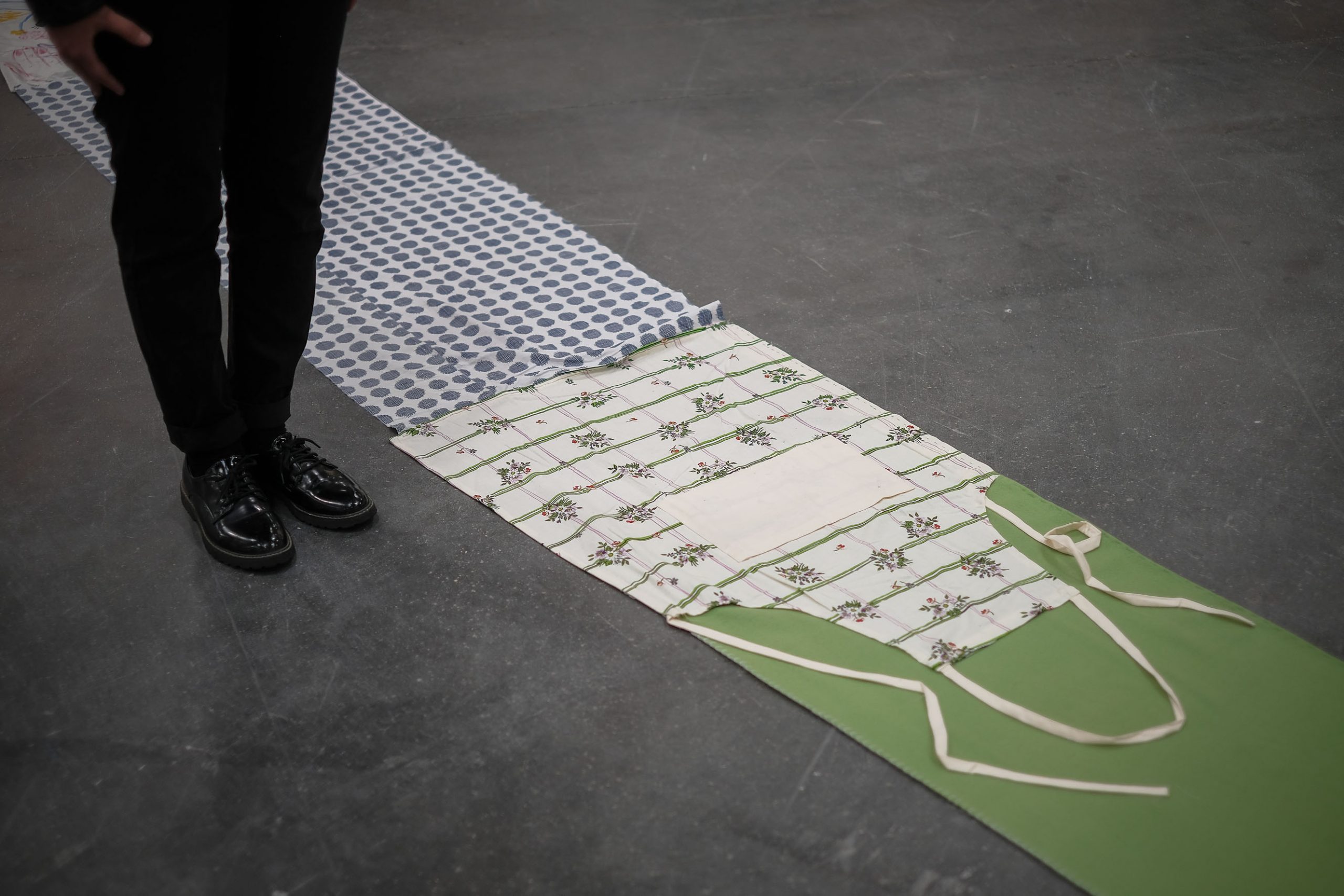 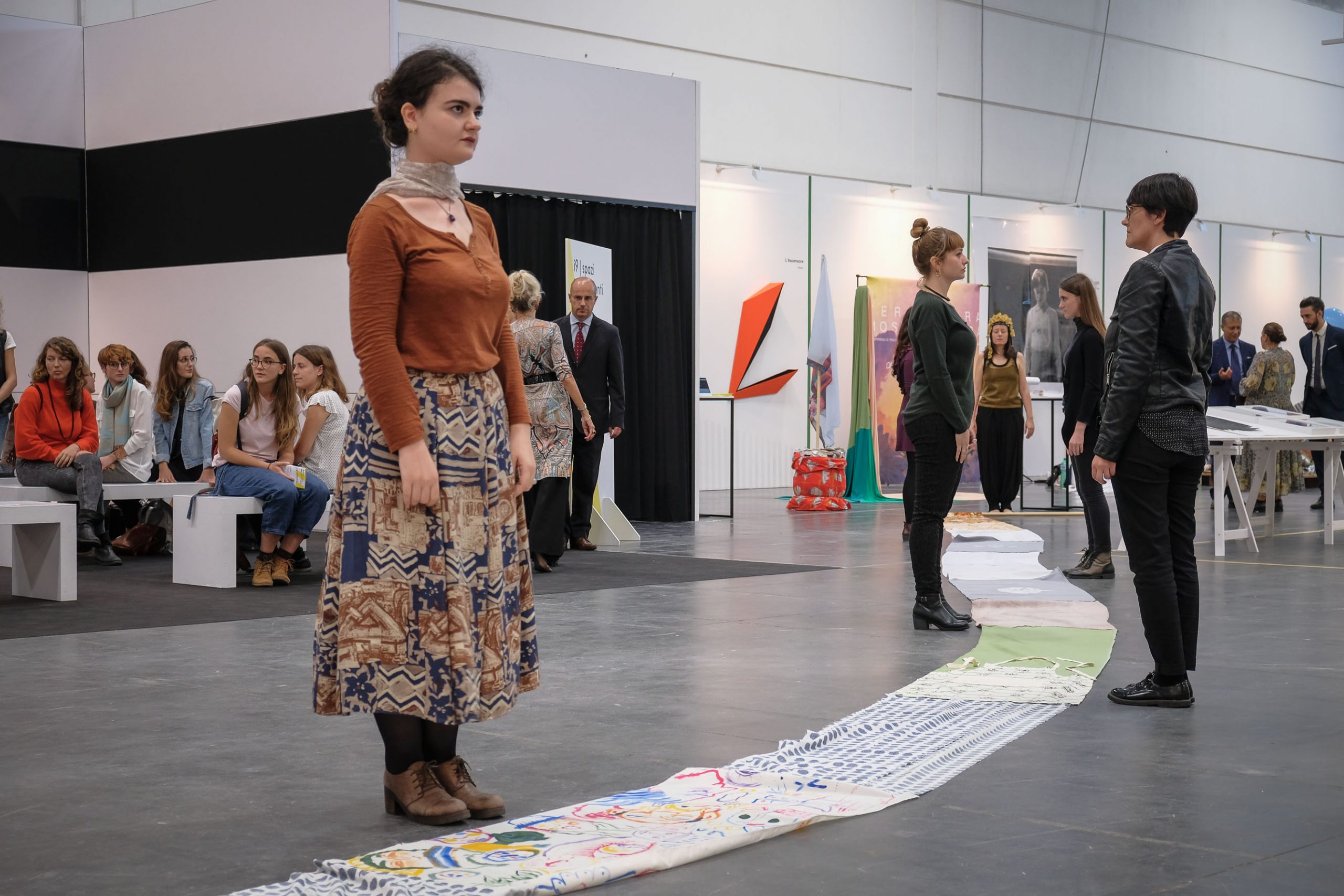 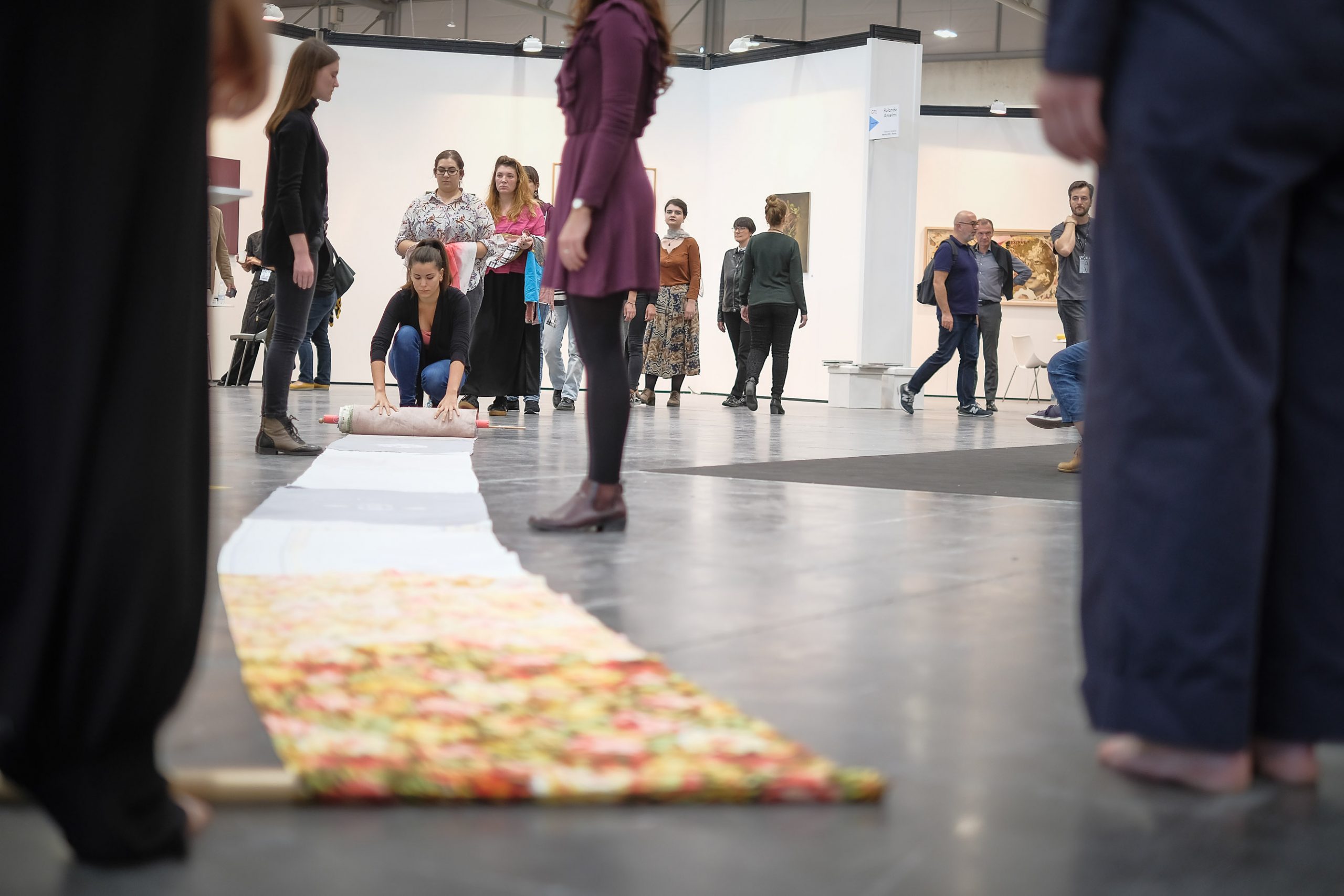 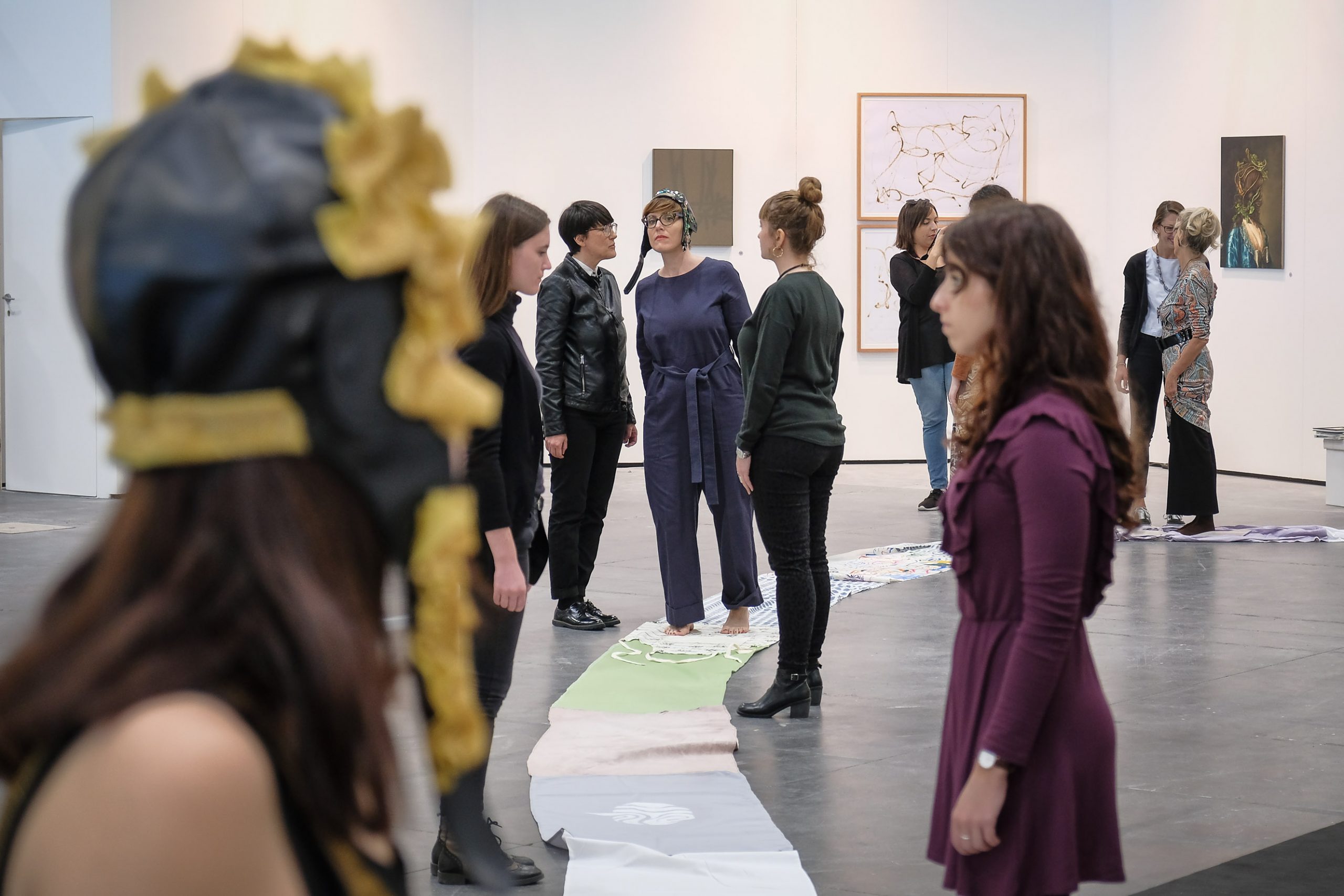 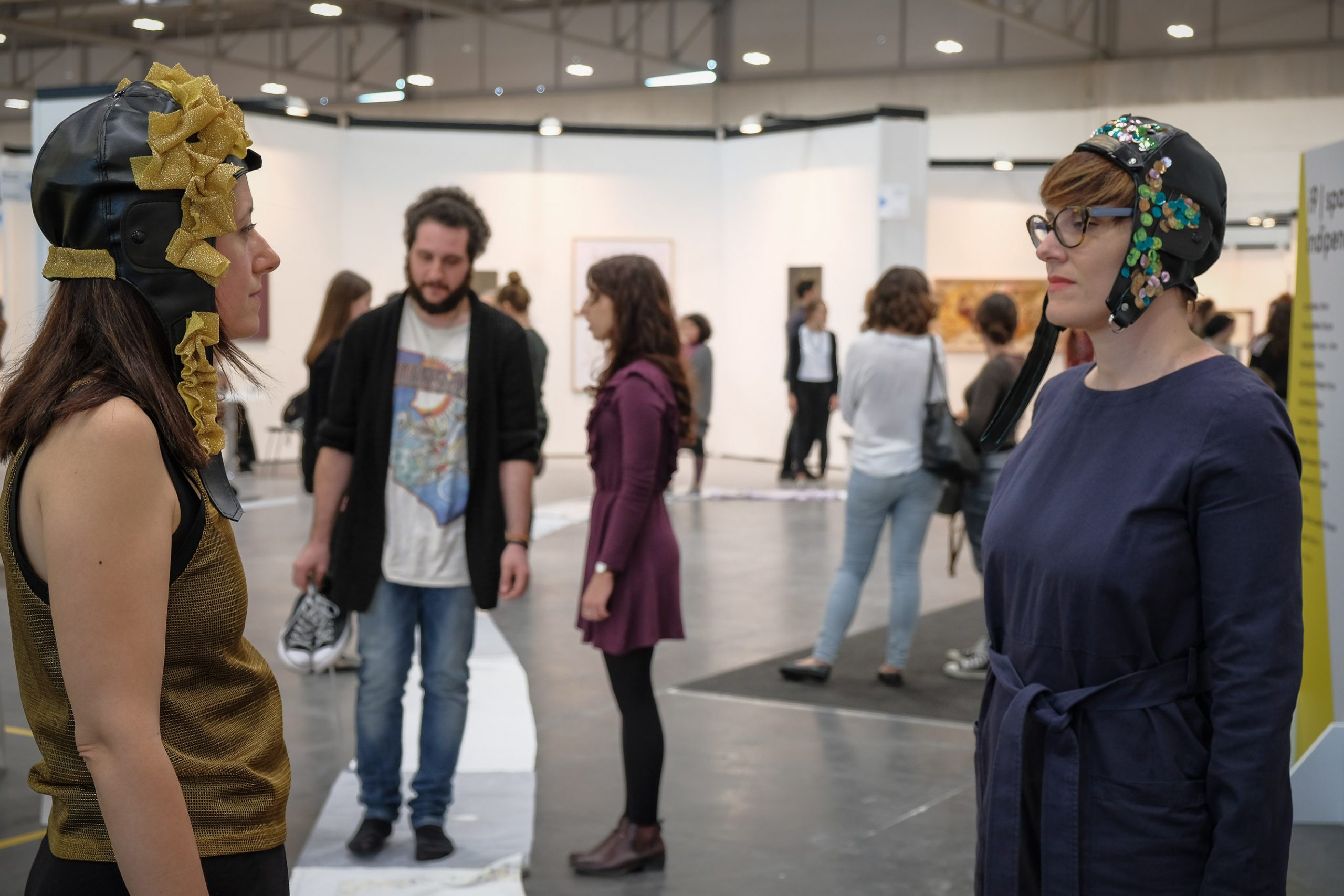 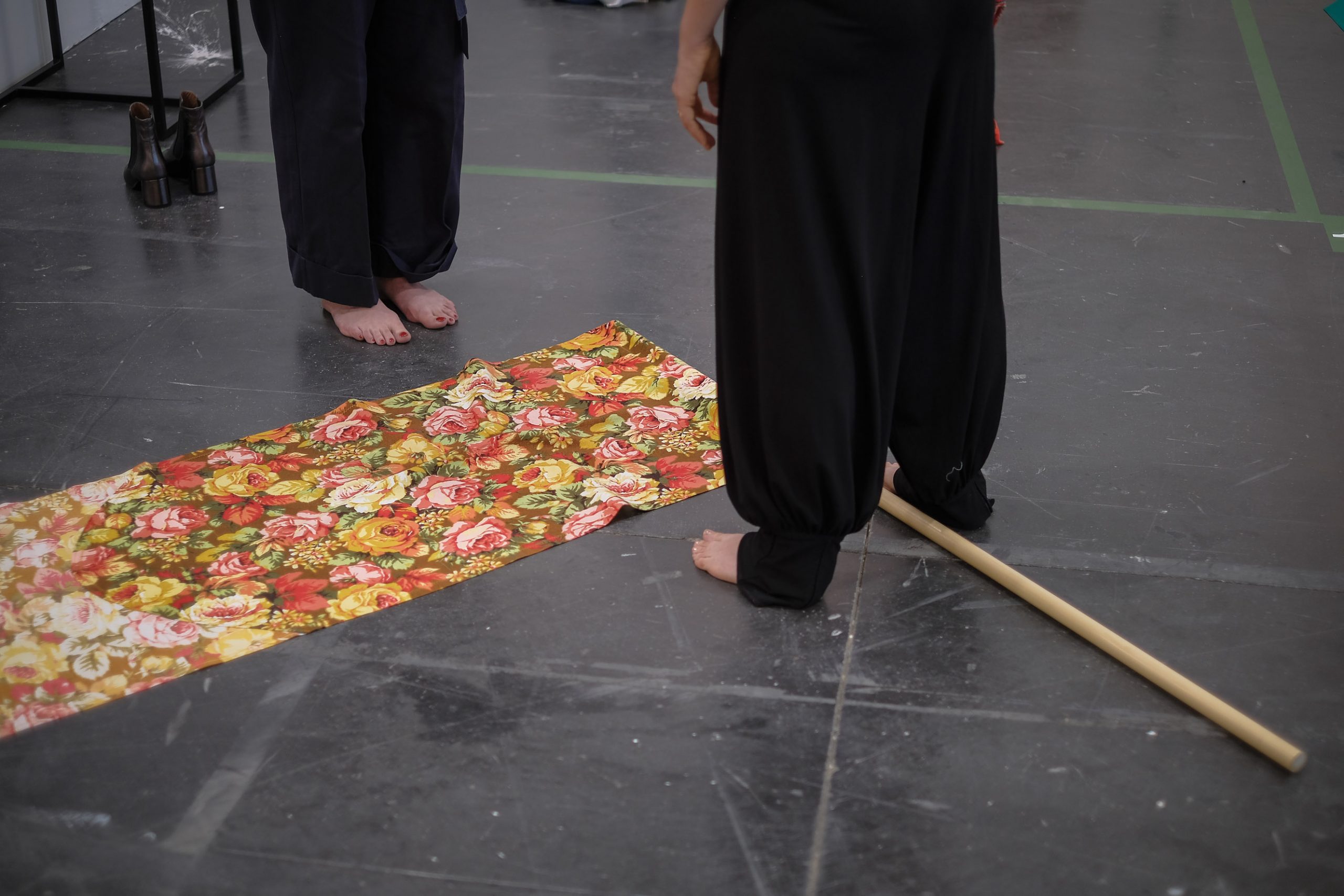 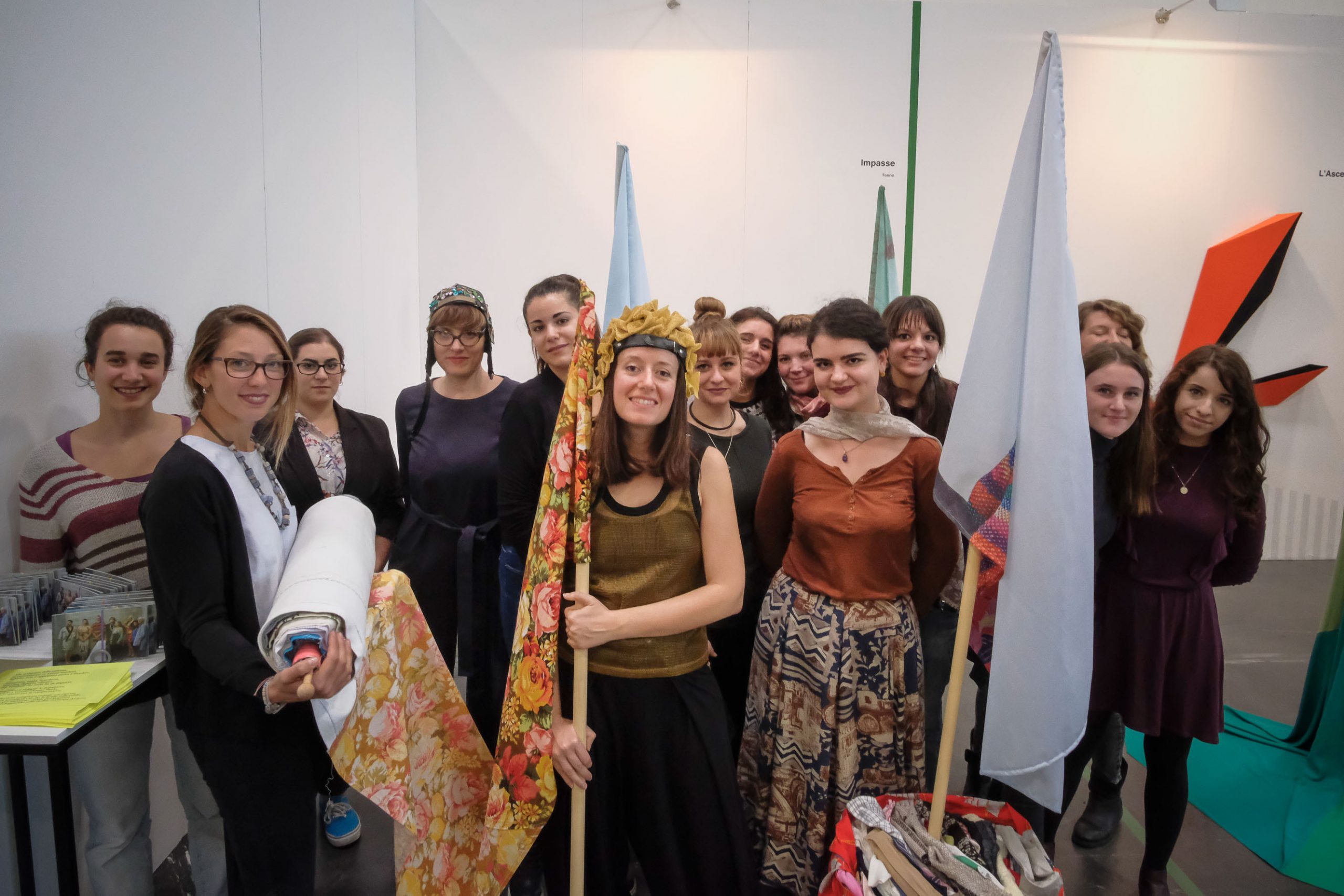 Venue Name: ArtVerona
Previous Event LinkYOU AS ME / In someone else’s shoes in the garden of Villa Arson, NiceNext Event LinkUn Master per YOU AS ME _ Flag